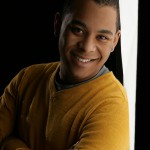 Isaac isn’t busy questioning what he wants to do, he’s busy doing it! If he isn’t on stage here at Chrysalis, he is attending an audition, participating in acting lessons or getting ready for his next gig. Recently, he was one of the lead roles, Harry, in the musical Once Upon a Mattress here at Chrysalis. In addition to acting, he plays the cello and models to help further his career goals of being on stage. Chrysalis has given Isaac the flexibility to attend auditions and pursue his passion of acting, all while finishing up his senior year. Next year, he plans to focus on acting full time either on stage or at college taking classes. His enthusiasm is contagious and we know one day it will be his name on Broadway… or in Hollywood… or wherever his ambition takes him! Best wishes, Isaac we can’t wait to see where your drive takes you next!