You are here: Home / Archives for passion 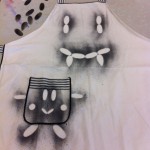 Research: Adam Grant of the University of Pennsylvania published an article over the weekend entitled “How to Raise a Creative Child. Step One: Back Off.” He reviews a number of studies about child prodigies and their ensuing careers and concludes that the way a child is raised can either encourage or thwart their creativity and what they achieve in the future. He notes that most prodigies never reach their full potential because they conform to adult expectations and interests, effectively becoming “excellent sheep.” The parents of highly creative people have few rules, encourage their children to find joy in their work, and respond to their intrinsic motivation and curiosity. Above all, they support their children’s passions, not their own.

Practice: These findings have big implications for schools, where kids spend a good deal of their day. At Chrysalis we encourage creativity by creating an environment where out-of-the-box thinking isn’t just accepted, it’s required on everyone’s part! We place a great deal of emphasis on finding children’s strengths and place them in educational programs where they will be able to incorporate their passions and interests into their learning. It means they spend more time in their areas of strength to further develop them, feel success, and develop a breadth of knowledge around them. 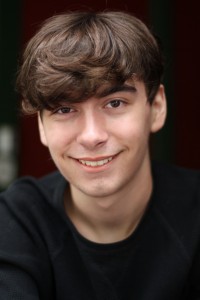 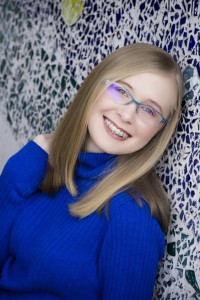 Recently, Brittany was awarded the Girl Scout Gold Award – the highest honor available in the organization. To receive this honor she had to research a need in the community, prepare and present a plan to address the need, and then take action. Brittany chose to install signs along the Snoqualmie Valley Regional Trail in Carnation that identify native trees and plant life. For her ribbon cutting ceremony, she led a fantastic tour of the area. She volunteers and mentors young girl scouts and even marches in the Carnation Christmas Parade with the Girl Scout Troop dressed as Frosty!

Brittany embodies the traits not just of being a good Girl Scout, but of being a good human being. She is kind, thoughtful, generous of her time and talent and invested in making the world a better place. She will continue to serve her community next year at St. Martin’s University in Lacey. She is thinking about either Nursing or Forensics as a major. No matter what she decides, we have no doubt she will continue to change lives for the better. 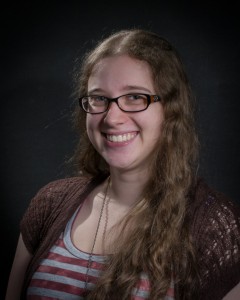 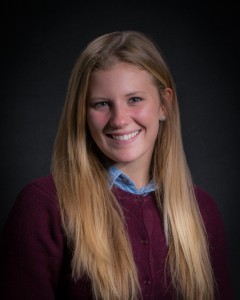 Research: Effective teachers are passionate about their subject area, but also other areas of their lives. A recent post from the Center for Teaching Quality, entitled “How Being Punk Rock Makes Me a Better Teacher,” demonstrates just that. Teachers who can share their passions and experiences with their students can have a tremendous impact on students both personally and academically, teaching valuable life lessons along the way.

Practice: Our teachers are encouraged to be who they are and share their passions with our community. Our teachers are mountaineers, artists, musicians, writers, actors, athletes, cross-fit trainers, animal lovers, and much much more! Their passions are a vital part of how we match students to teachers, with the hope of sparking productive learning partnerships.

The Importance of a Theatre Education

I am so excited and honored to be back at Chrysalis as a staff member after graduating from this amazing school ten years ago. I fell in love with theatre when I was here and I knew I wanted to pursue the arts in college. I remember asking my Drama teacher before I graduated if she thought that pursuing a career in theatre would sentence me to be a ‘starving artist’ for the rest of my life, and I will never forget the encouraging words she gave to me.  She explained how a theatre education relates to all areas of life and can be beneficial in any career path.  It instills confidence and stretches our boundaries.  It teaches teamwork, collaboration and accountability. It builds friendships…often lifelong ones.  Nothing brings people closer than going through a difficult situation together, and each production brings with it its own difficulties. To learn to persevere through those difficulties and compromise with others are skills that can be applied to future education, jobs and relationships. Pursuing a theatre education is one of the best decisions I have made in my life and I am thrilled to be here to support Karen, Jennifer, Margaret and all of these amazing kids in keeping theatre an imperative part of Chrysalis.